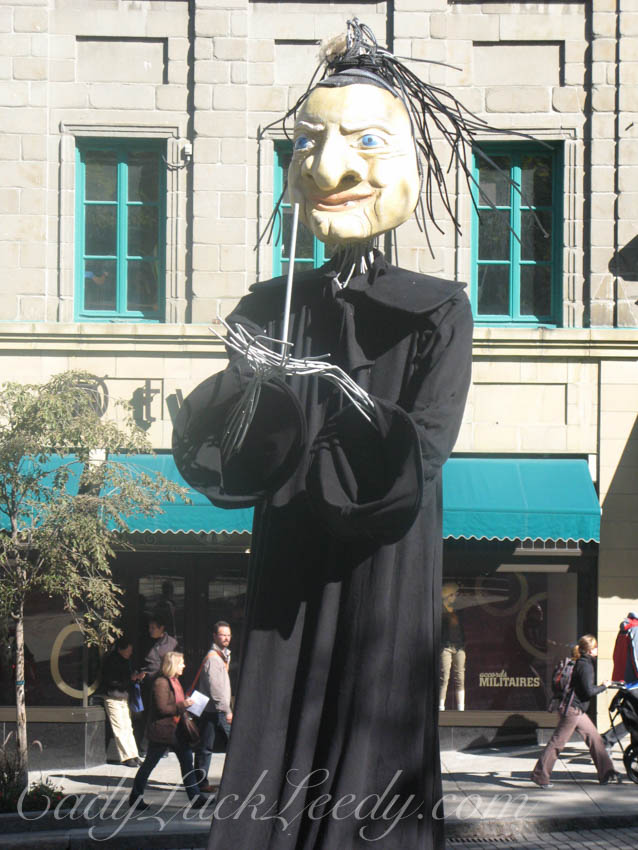 I Hope you have enjoyed JNW’s Halloween Challenge!

I know I did! Thanks Jennifer!

I’m glad this fella is behind bars! 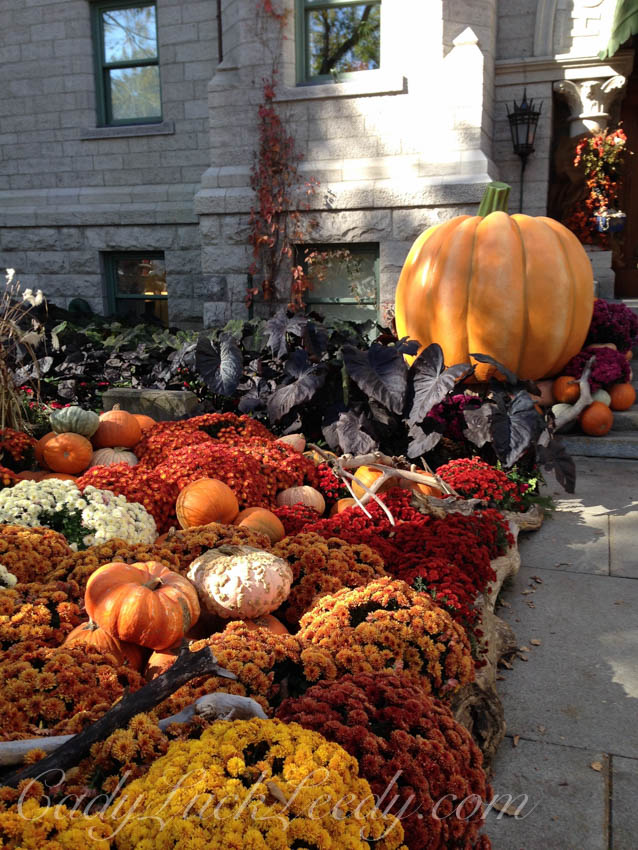 No question about which is the biggest pumpkin here!

OK, Let’s get a head count here! I say two hundred and fifty pumpkins easily! The pumpkins go on and on!

The place to see absolutely the BEST Fall decorations is Quebec City, Canada! The shops, hotels, and local parks, go all out in decorating with the best of autumn arrangements and themes. Their Thanksgiving is early in the month of October so they are ready to bring on the cheer! 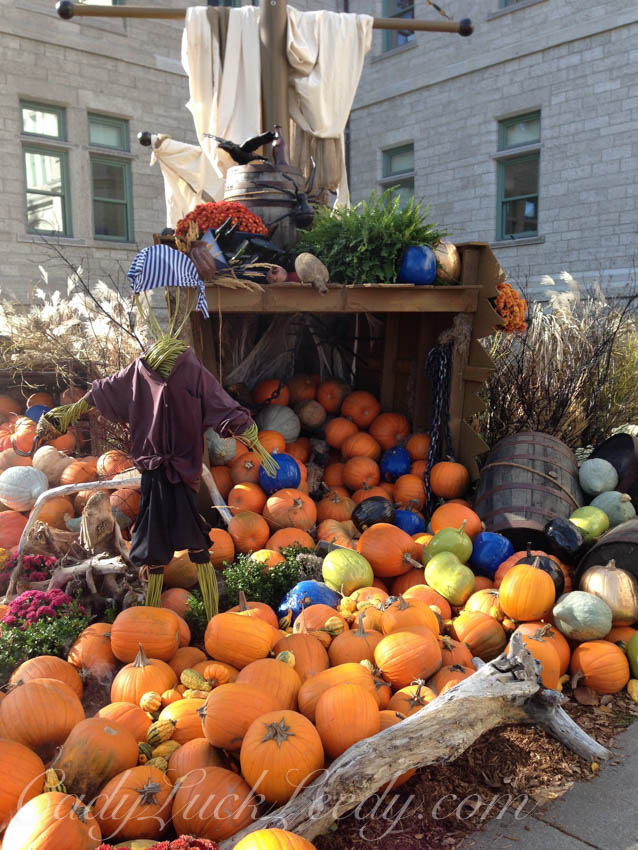 A Lovely TREAT is any walk in Autumn in Quebec, Canada. 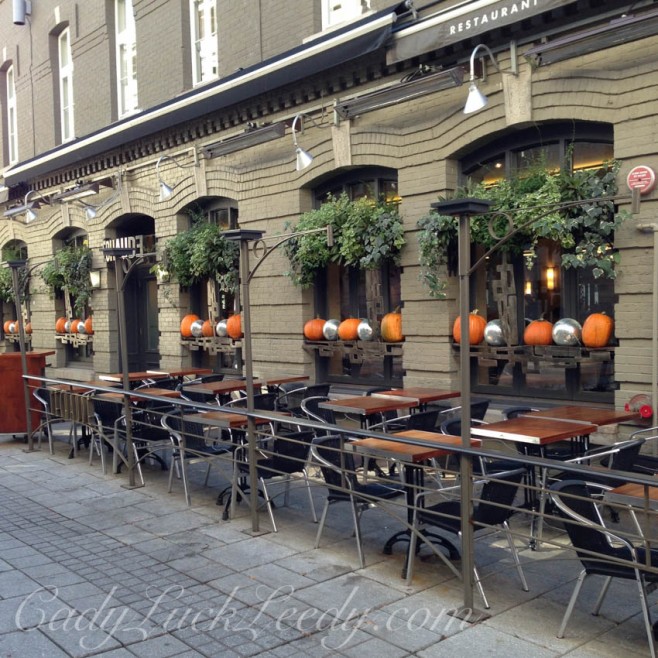 This is certainly getting your pumpkins in a row!

The gaol can be be toured in the very lower chamber of the Morrin Centre in Quebec City. The walls are still covered in a thick black coating from the wood stoves and candles that were used for most lighting. It was a dirty, smelly place when inmates were held there, I’m sure. Tobacco pipes also made for a very smoky atmosphere. The prisoners, were separated by men and women, each group had their own holding area for sleeping. For the meal, men were brought out to eat first in another large area with one long wooden table, and the women followed when the men were finished.

The stay would not have been a pleasant one: there was no running water until the mid-1850’s and the hole in the ground was at the rear of the building. The walls were made of thick stone and the brick partitions inside made it damp in summer and chilly in winter. The only ventilation was one very small window!  Sixteen men were hanged in front of the prison from an iron platform that jutted over the main door. Interesting graffiti is carved into the floorboards of the holding areas, each man making his own spooky mark!