There once were three Borse (Italian word for bags) that lived in a long skinny house. They were very excited to be going to Italy! Papa Borsa was big, blue and handsome with lots of pockets.  His favorite feature was a big pouch for an extra pair of shoes right on his front that was easily accessible. He could carry a newspaper, an umbrella or sometimes a yoga mat for mama in another side pouch. He also had a heart sleeve, a place he held dear, that carried mama’s lipstick and chapstick and anything small that would make mama look good at all times.

That’s why mama fell in love with him at first sight. He knew he was the brains of the family and carried the computer so he was always ready to compute.  He was so thoughtful, with a plastic sturdy bottom on the outside, so he wouldn’t bring dirt into the skinny house. He came from Lug and had lots of brothers and sisters in bright cheerful colors.

Mama Borsa was an organizer, she wasn’t too big or too small, but just right. She had lots of pockets and zips and came with several straps so was very adjustable to all kinds of situations.  Since she was in charge of the purse strings she had a small change purse for credit cards, money and identity cards that clipped to her innards and could never be dropped or left on tables to be lost. She came from the family of Baggallini’s.  They were a family of zippy deep pockets and closures, known for their endurance and strength.  She was called Odessy by her family, but just mama at home.

Papa and Mama Borsa, had many children, but they decided for the trip to  Italy this year it was Veggie Borsa who should go. He was adopted from the check out aisle at the market and was the baby and liked to carry lots of things with him all the time and was very stretchy.  Mama had to keep an eye on him when shopping if he left her side.  He would be found with all kinds of gifts and goodies and since he was so flexible he would stretch and stretch until he filled up. Mama and Papa were always surprised that he could carry so much and still not be too heavy to carry home.  Papa Borsa was so proud of him! Especially when they went to market.   With Baby Veggie Borsa along you didn’t need to pay for Papersacks Borsa to carry the groceries home.  Baby Borsa was glad to help and never dropped or broke one thing! Even wet he never let the family down. He was a real bagger!  After a big day when he was ready for his nap he would fold up so tiny and could be tucked in almost anywhere!   And they all slept.

The Borse looked forward to the big plane ride to Italy. There was a big overhead bin where they all could cuddle.  Papa hoped he would meet a briefcase to discuss the world in general.  Mama hoped to delve into all the fashion and food of Italy with her new bag friends.  And Baby Veggie thought he might be the only one along for the ride.

Talking about mobile phones and apps I must say “Traveler Beware.” Talking, texting or checking email in a foreign country on your mobile phone can cost you big bucks. Well it does

if you have an American telephone and are traveling outside the country! In the previous post I explained about City Guides from TripAdvisor. There are no data roaming charges for this app. Very important detail.  The same is true of Maplets, another great app, especially for places not found in the City Guides.

Also, I like  an app called Translate. Most young people speak English, and are very helpful.  But having a backup plan can never hurt.

When traveling outside your home country first notify your telephone provider to turn on the International services. If you do not do this your telephone will not work. Been there, done that and what a bummer that is. However, once your international service is on be prepared for the OMG moment when you see your telephone bill upon arriving home. It will be an eye opener for sure. On this trip to Italy I plan to buy a cheap mobile phone for local calls within the city and to other destinations in Italy. I am going to buy it at the airport upon arrival or wait until I  talk to the nuns at Casa di Santa Brigida in Rome where I’ll be staying.  I will let you know how that turns out in future blogs.  I will also discover how good, bad or ugly my Italian is.

I like taking pictures on my phone.  It is easy and convenient, but sometimes I  get a glare on it and have no idea what I am taking a picture of or my hand is wobbly and the picture is blurred. This does not stop me from taking the picture however.  I know how to use the delete button at the end of the day! On the other hand, I also like to use a small camera that can be carried in a small purse or bag (notice I said small purse) and takes great pictures too.  Now I am a “snap and go” kind of gal. I envy those big fancy cameras that I see around the necks of tourists. But, I know I am not going to lug them around or fiddle with lens or tri-pods. My idea of a good camera is one not too big, easy to use, (which translates I don’t have to read a thick manual or take lessons to use it) one that has geo-tracking and the date the picture was taken.  Oh, some editing features are helpful, like the ones that can take out stuff that you particularly don’t want to see. Back of heads sound familiar? When I travel I don’t want to look like a tourist.  I want to look and feel like a local just out taking a picture or two or thousand! 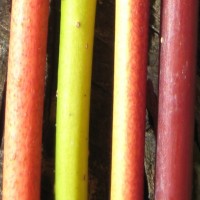 ”Follow your heart while you’re alive. Put perfume on your head , clothe yourself with fine linen…make holiday and don’t tire of it” Harpist song 1400 BC

Taking the camera for a walk!!!

Travels in Finland and abroad

creating order out of chaos, and vice versa

Mindful exploring, through the eyes of a viking daughter.

Finding myself through living my life for the first time or just my boring, absurd thoughts

life through my lens

booksaremyfavouriteandbest
Writer In The Garden

An idiosyncratic literary tour round English parks and gardens

Your second chance to be creative. .

A Journal Of Everyday Life

Developing my love and knowledge of nature, including flowers, critters and environmental concepts as I enjoy God's rich creation.

If adventures do not befall a young lady in her own village, she must seek them abroad - Jane Austin

All about my garden and garden related things

Life, Nature and the Garden

Cultivating the art of patience while gardening in a small space