One of the Displays in Joan of Arc Park

Yesterday we took a carriage ride through Quebec City.  The guide was very attentive and we learned more about this fabulous city.  We eventually rounded the Joan of Arc Park and I knew I wanted to come back on my own time to take pictures of the wonderful decorations in this neighborhood park.  So early this morning we piled into a cab and asked to go to the Plains of Abraham, the large stretch of parkland and battleground where the Joan of Arc Park is located.  We roared up the hill and through the town and through the town and through the town. I was thinking I didn’t remember it being very far, but hey I had been enjoying the carriage ride so maybe it was.  We got out at a field track and the taxi driver pointed to a bend in the road so we were sure the Joan of Arc Park was right around the corner, even though we didn’t see it.  We walked around the corner and nothing, just another road going along the St Lawrence River, but it did look to be a park. 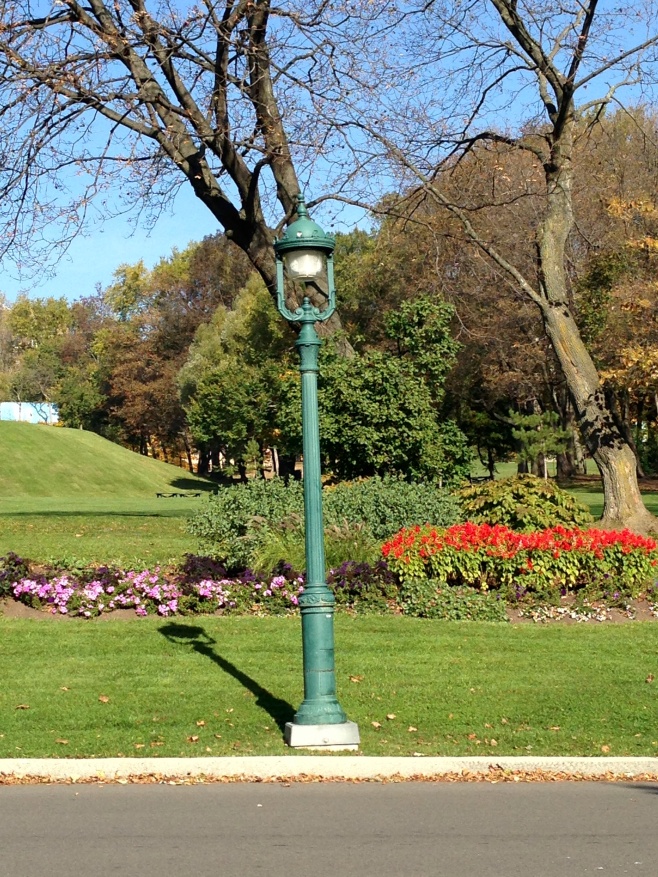 The Beautiful Gardens we Walked through to Get to the Park

The Woods where the Kids were having the Best Time!

We walked back to the field track where several people were jogging or walking, enjoying the beautiful warm fall day. An elderly woman stopped to ask if we needed help. Ah! The babushka lady to the rescue again! See https://cadyluckleedy.com/2013/03/27/safety–and-the…ndparent-types  When she realized we spoke English and she spoke only French the pantomiming began. Basically we got the message to follow the river road.  So we started walking.  And Walking.  And walking.  There were woods between the river road and the river and in the woods we could hear the voices and laughter of children.  Lots of children.  They must have been on a field trip we decided.  Boy were they having fun whooping it up!  We walked on.  We had a map and finally came to a sign that was actually on our map.  We were outside the boundaries of our tourist’s map!  We kept walking.  We walked on the road then we walked on the path.  Then we walked on the road again.  I decided to walk up up up the hill in the grass to see if anything looked like what were looking for.  I could see another path up there but wasn’t sure I could reach it without going all the way along the bottom of the road until the two paths finally met up. How far would that be?  We walked some more, passing joggers, more joggers, and those show offs jogging pushing a baby carriage too. Finally another couple, that looked as pooped as we were, moved across a wide meadow and we decided we would follow suit. We FINALLY made our way up to the higher street where there was a bench to rest on, thank goodness! There were kids everywhere!  School outings!  One group of  nine and ten year olds were lined up on the grass: one group dressed as Indians the other group dressed as soldiers.  They were having such fun and so were we watching them!  We eventually made our way to the Joan of Arc Park where there were more students and teachers.  What a great way to teach history!  The displays were eye catching, entertaining and there were signs pointing out the historical meaning to each display.  I learned a lot!

The Joan of Arc Park and Garden

One of the displays in Joan of Arc Park 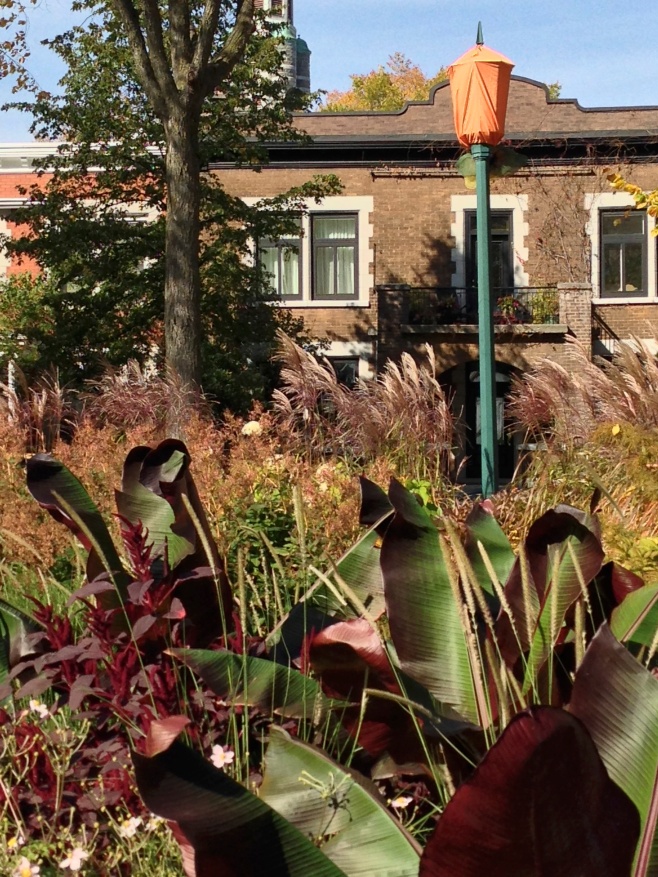 The Scarecrow in the Middle 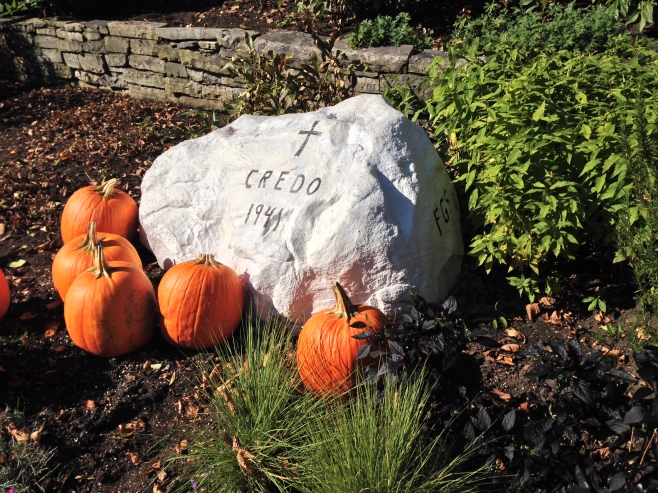 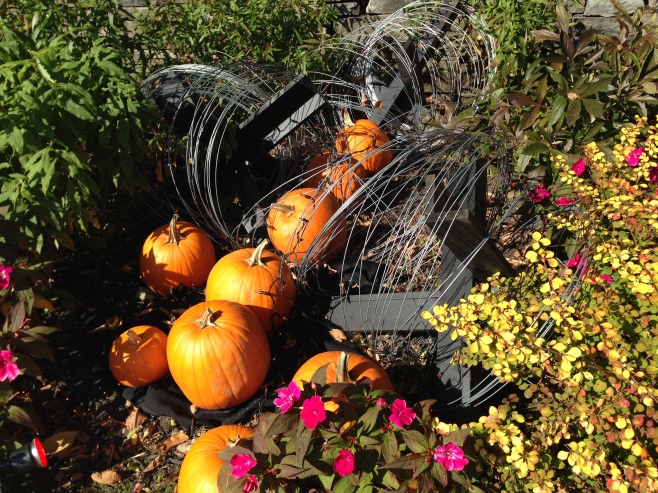 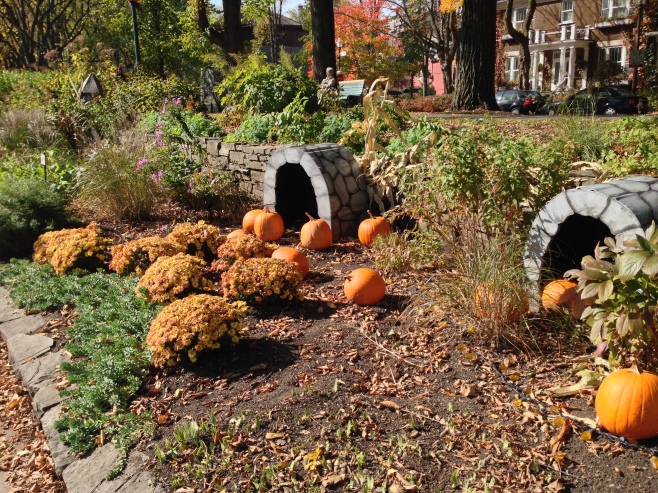 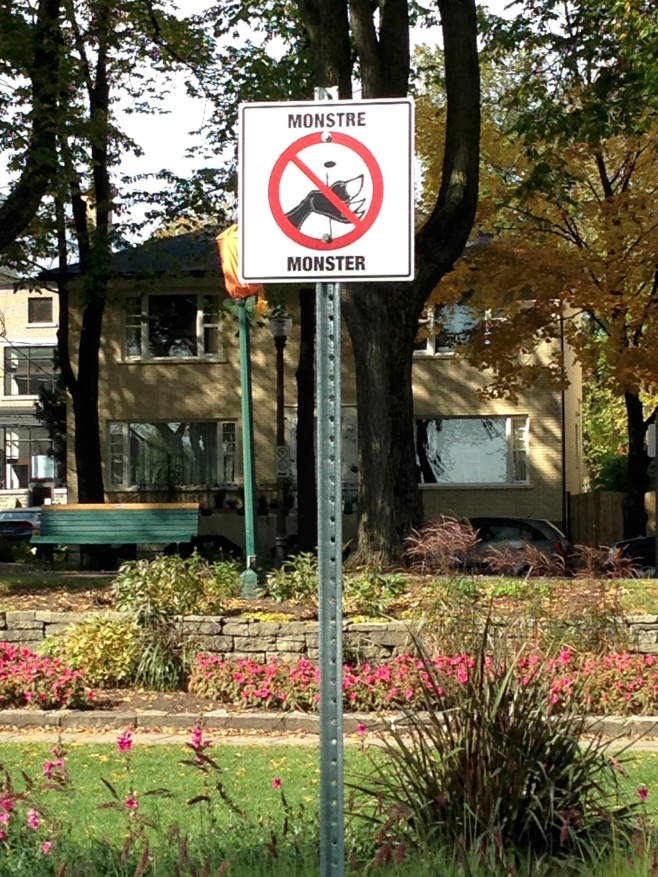 You Are a Monster If You Pick the Flowers! 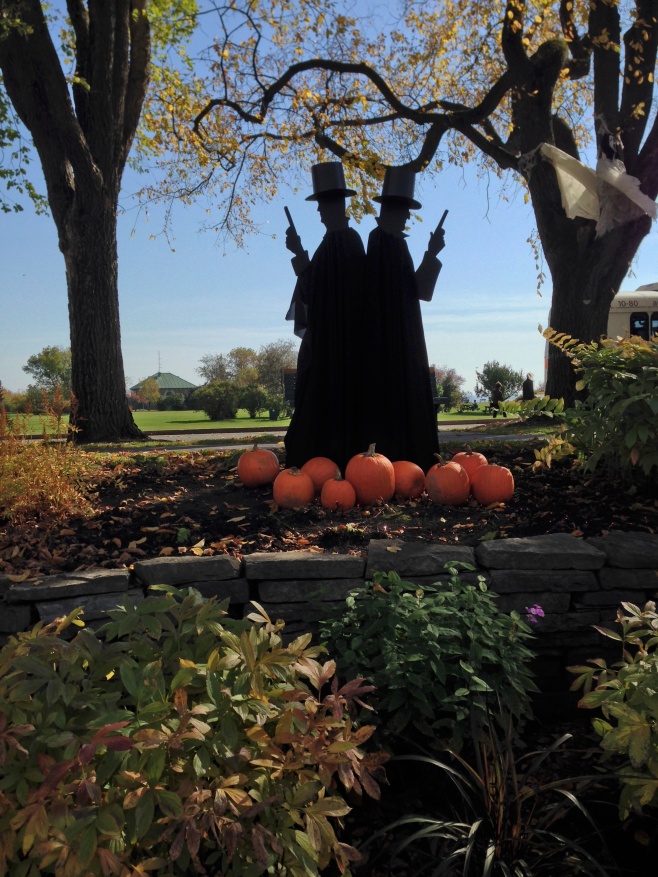 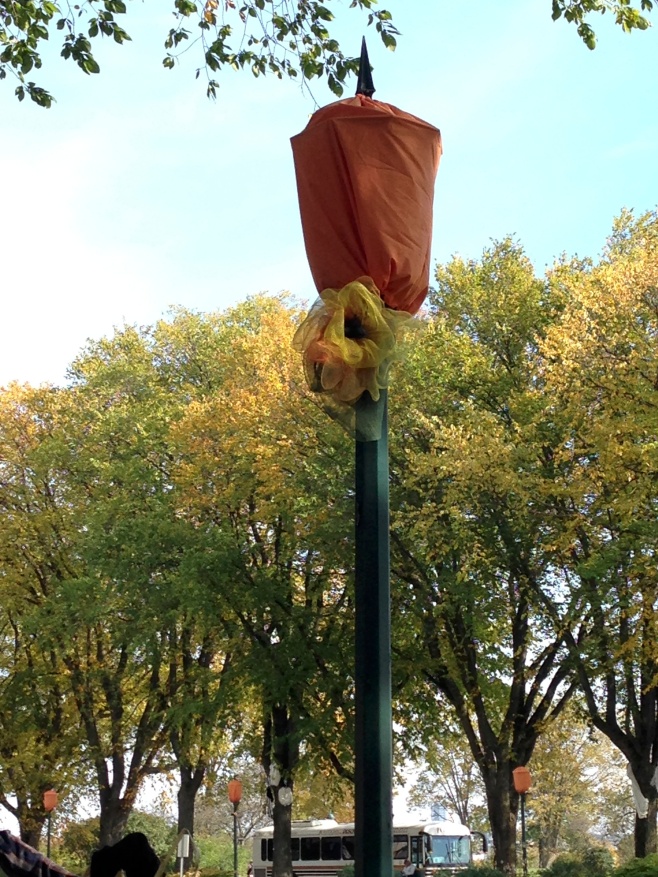 Several times during our stay in Quebec City we ate at the Buffet de Antiquaire,  clustered in a row  of antique shops.  Every time we ventured by this restaurant it was packed!  One evening we decided that this had to be the place to try.  Walking up a few short steps into a cozy diner atmosphere we were greeted by a young waitress who promptly seated us.  There was a tiny main floor room and a room upstairs. The chalkboard revealed the “Specials of the day.” The food was generous in proportions, home made like grandma’s and the atmosphere welcoming! One of my best local finds!  Enjoy!